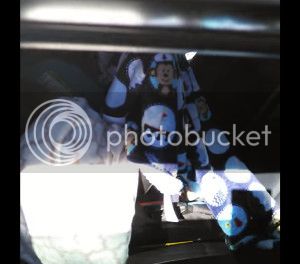 On April 16th, 2016, an amateur YouTube video was recorded in Richmond, Virginia and is likely to go viral because of how shocking the footage is. Uploaded by a user who was not only distraught, but disturbed, the video features a mother leaving her baby unattended in her car as she shops at the local Richmond Game Stop. The phone was pointed at a car on a hot Spring day as the man passionately yelled over the sound of a crying baby. The camera got closer to the edge of the car’s window, allowing the viewer to easily see the infant in the backseat.

At first, some might give the mother the benefit of the doubt. After all, she might have been only going in the store for a brief moment and all of the windows were rolled down. In addition to this, we as viewers are not there so can’t confirm how hot of a day it was as the recorder of the video describes, but what happened next was undeniably shocking, not only because the mother did it in front of the camera, but because of how nonchalant her attitude was.

As the mother left the store, the man began harassing her, telling her she shouldn’t be leaving her baby in the car. She completely ignored him, going into the car’s backseat for a brief moment as the man behind the phone continued to film. The mother then rolled up all of the windows, shut the doors, locked the car and walked back into GameStop, confirming she left her baby in an enclosed car with no air conditioning, which is always dangerous no matter how hot the day is.

The man began shouting at her louder, but she continued to ignore.

“This is definitely worth reporting to the Richmond Police,” the man said, recording the baby through the closed window, helpless and crying.

(Click Here if video doesn’t display)
This article first appeared on American Preppers Network and may be copied under the following creative commons license.  All links and images including the CC logo must remain intact.